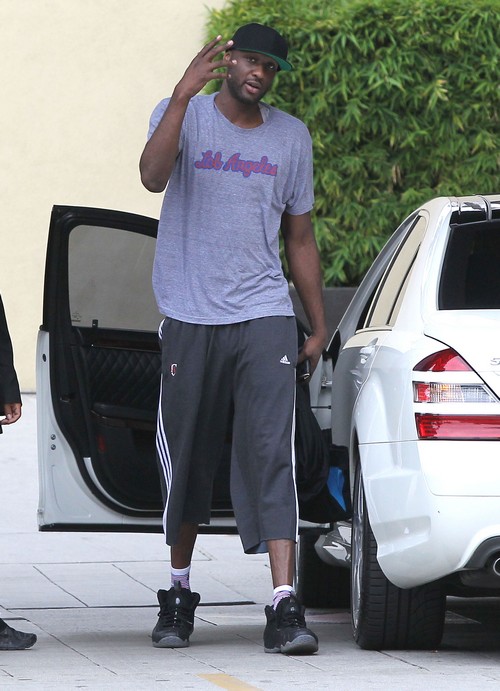 Jennifer Richardson, the woman who is claiming that Lamar Odom had a year-long affair with, has come out today with an exclusive interview. She reveals that Lamar loved her so much, he was willing to try for a baby with her. “Lamar talked a lot about having a baby with me,” she told Star. “It was something that he badly wanted, and I wanted it too, because I loved him so much. I don’t know what would have happened had I gotten pregnant.”

That’s right it wasn’t a dirty little weekend here and there. She’s claims she traveled with him on his away games. So not only is Lamar cheating, he’s also flaunting this relationship in front of his teammates and with a new baby.

The only reason no one was hearing the pitter patter of little feet is because Jennifer broke off the relationship back in March. She says the guilt was getting to her and Lamar had told her  “If you think it’s hard now, wait until you get pregnant.” Apparently the reality of having a love-child with a married man finally convinced her that sleeping with a married was just as a bad idea.

The reason she’s revealing all of this now is because of last week’s meltdown with Lamar. That whole altercation between Lamar and the paparazzi happened to go down a block from her apartment. Not only is she freaked out over why he was in her neighborhood but she’s also worried about him after seeing what he did to the paparazzi. “Seeing that really freaked me out; I became concerned as to why he was there,” Jennifer said.  Now that she’s told her side of the story maybe she should think about moving.