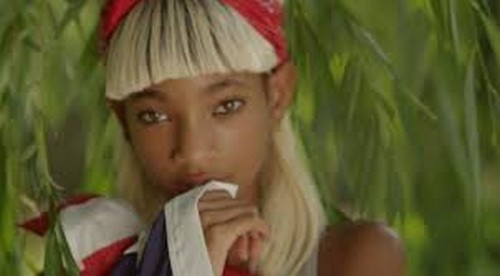 Has anyone seen Willow Smith’s new music video for her song, ‘Summer Fling’? I’m not one to be judgy about this kind of thing, but Willow is 12 years old. She should be out with her friends, having fun and chatting about boys. I get the whole freedom thing, but the video is slightly inappropriate for someone who’s barely a teenager. And apparently, Will Smith agrees.

According to a new report from the National Enquirer, Will Smith and Jada Smith are fighting over their daughter’s latest music video. The report’s source says, “Jada gave the project the green light — and now dad is furious!” Apparently, Will, “almost had a heart attack the first time he saw the video” and “lashed out at Jada, saying, ‘How could you let my little baby do this?’”

Considering that Will Smith is usually pretty laissez-faire when it comes to his kids, I’d be surprised if this story was true. In fact, I’d be less skeptical if the roles were switched and it was Jada who was angry, considering that Will has always stated that he lets his kids do whatever they want, no matter how inappropriate it may seem.

What did you guys think of Willow’s music video for Summer Fling? Inappropriate or completely fine? Let us know your thoughts in the comments.