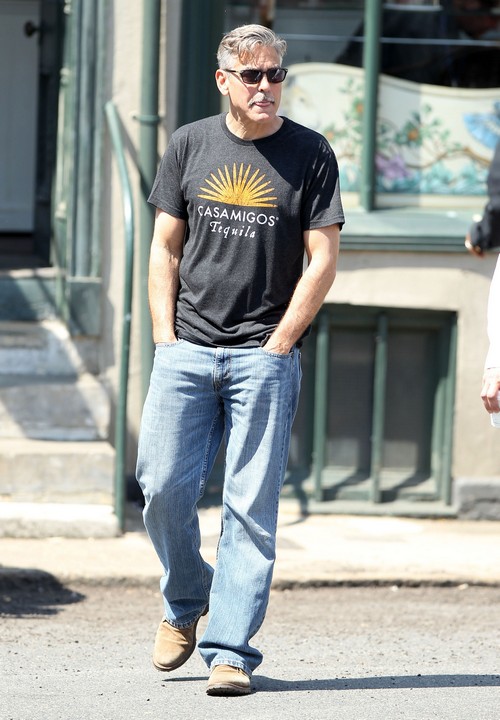 From the sound of things, George Clooney’s relationship with Stacy Keibler was over a long time before they ‘officially’ broke things off last month. According to a new report from US Weekly, George tried to hit on Eva Longoria long before he was broken up with Stacy Keibler.

According to the report, George and Eva were both in Berlin this past March, but they did not ‘hook up’. A source explains, “George began pursuing Eva.  He told her that he was still with Stacy, but had plans to break up with her and was interested in being with Eva.”

Even though Eva first said no, George apparently wouldn’t give up. The source adds, “George continued to pursue her with texts and calls. Eva make it clear to him that she would not date or be with him until he was completely single.” Well, it’s too late now since Eva’s already found a new boyfriend.

Meanwhile, rumors continue to spiral about the reasons George and Stacy broke up, and Stacy’s team still insists that she broke up with him because of the ‘distance’. George’s rep has also refused to comment on all these rumors, simply stating that he does not comment on his client’s ‘personal life’. Uh, sure.