Jennifer Lawrence And Nicholas Hoult Confirmed To Be Dating Again 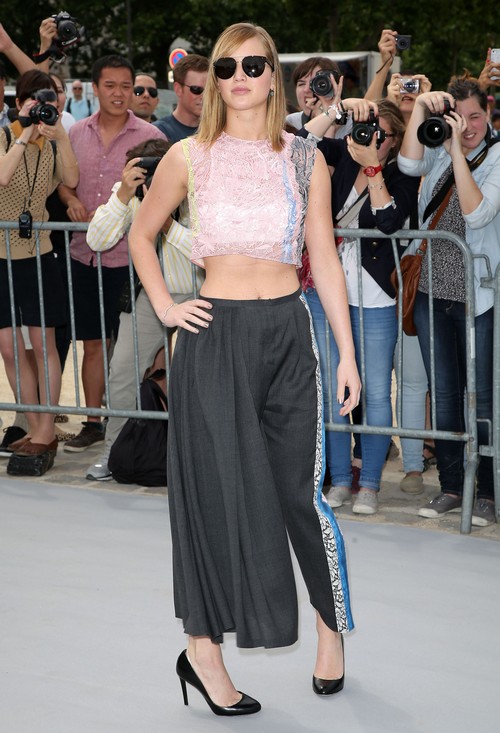 Jennifer Lawrence and Nicholas Hoult are officially dating again! Yay! Jennifer and Nicholas first broke up before awards season kicked into high gear, and the reason for the breakup was apparently because of the onslaught of attention that would be focused on Jennifer.

After Jennifer won her Oscar, she and Nicholas were spotted out on a date a couple of weeks after. Everyone assumed then that they were going out again, but sources at the time said that Nicholas was a little wary about Jennifer’s fame and didn’t know if he could handle it. However, since the duo have started filming ‘X-Men: Days of Future Past’ in Montreal, it hasn’t seemed to be a problem. While they’ve been spotted out on a couple of dates in the city, they’ve largely been left alone by fans.

Whether this was a catalyst for them getting back together, we don’t know. A source told US Weekly, “They started the shoot in April as friends, and then one day they just started kissing. One thing led to another and they hooked up. All her old feelings came rushing back. Now they’re fully back on.” The source adds, “Jennifer has been telling people that she’s in love again!”

Are you guys happy that Jennifer and Nicholas have managed to work things out? Let us know in the comments.