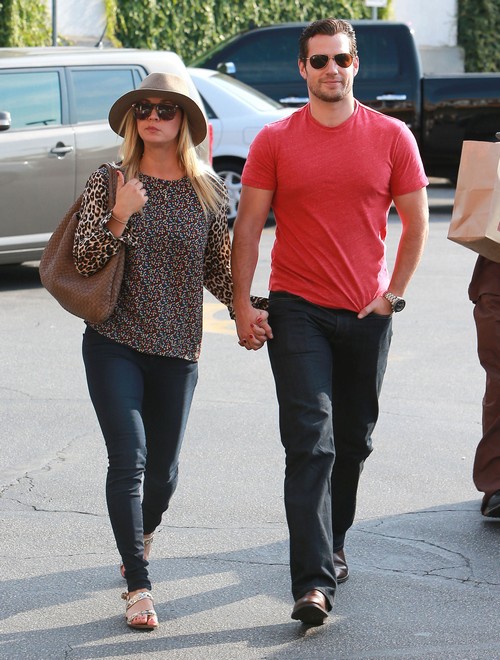 I would hardly call what Henry Cavill and Kaley Cuoco had going on a ‘romance’, considering that they were barely together for two weeks. The consensus seems to be that it was a PR romance that was more of a fling than anything else, and both Henry’s and Kaley’s PR teams tried to capitalize on it. Obviously, it didn’t work because almost everyone saw through their ploy, and proceeded to call them out.

However, a new report from Star Magazine has a different take on why the romance failed. Apparently, Henry’s ‘playboy past’ and Kaley’s ex-boyfriend and Big Bang Theory co-star Johnny Galecki ‘contributed to the split’.

A source tells Star, “Henry’s a ladies’ man. And even though Kaley and Johnny broke up three years ago, they’ve remained really close pals. Johnny was worried for her and thought Henry wasn’t being genuine. That’s how Henry works… he gets invested in a girl but drops her when another stunning woman shows interest.” Apparently, Johnny thought Henry was just using Kaley for publicity, whereas Kaley ‘is looking for the real deal, but keeps picking the wrong guy’.

Do you guys believe this story? It’s certainly true that Henry does seem to be jumping from girlfriend to girlfriend pretty quickly, but he’s also been in several long-term relationships that don’t exactly scream ‘playboy’. Let us know your thoughts in the comments.