Kate Middleton and Prince William’s Baby Name: What Will It Be? 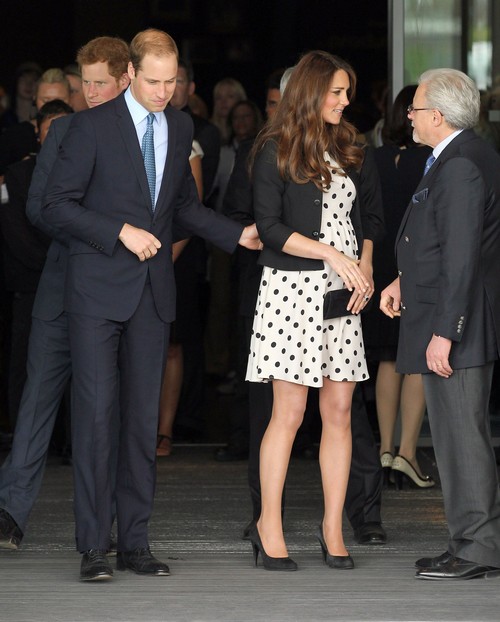 It seems at least for a little while the world has pushed all of the bad news aside and everyone is fixating on the royal baby that is likely to make its’ grand entrance by this time tomorrow if not sooner. We still don’t know the gender and if the rumors are true then neither do Kate Middleton and Prince Charles. It looks as though they may have decided to be truly surprised when they first meet their baby.  Meanwhile bets have been placed worldwide over all of the pertinent details on Baby Cambridge.

What Kate and William will choose to name their child is a huge question. Whenever we hear about someone giving birth we all instantly ask the name because it’s a big deal. Here in the states a strong name is empowering while giving your child the wrong moniker can get them beat up on the playground!The royals of course like to carry on tradition when naming their young. Odds seem to be on George for a boy or Alexandra if Kate delivers a princess. James is also in contention because it’s linked to both sides of the family. I’ve also heard that Charlotte has been seriously contemplated for a girl and that Spencer will be included in the string of middle names in honor of the late Princess Diana, regardless of gender.

Kate has brought a  modern air to the monarchy and no doubt her family will be just as honored in her child’s’ name as the royals will be. She’ll have it no other way as we have seen time and again how Kate gently demands equal time for the Middleton’s.

Have you joined in the fun and taken a solid guess as to what the littlest prince or princess will be named? Tell us your thoughts in the comments below!