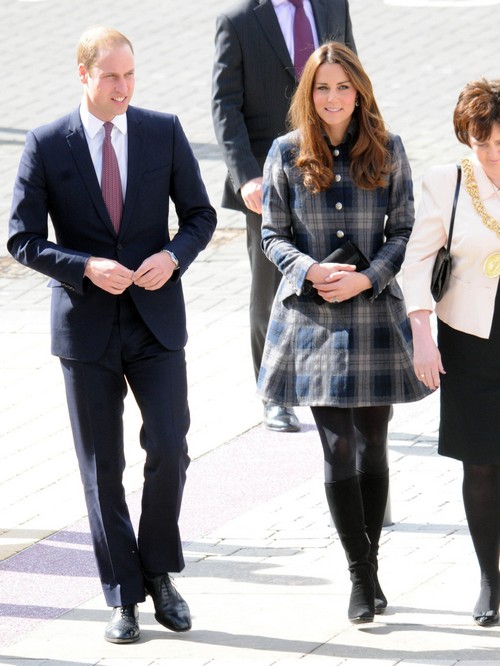 It’s A Boy! Born at 4:24 pm, the Duchess of Cambridge, Kate Middleton has safely delivered a healthy son. “Long Live The Prince ???”

Now that we’ve finally got that out of the way, the whole succession thing won’t be as rushed and inadequate as many had feared. But there a little part of me that kind of wished for a girl just to have Diana in the name but a George or Henry brings the smile right back.

This is the first child for Duke and Duchess and has taken his uncle spot for third in line. Weighing in at 8lbs and 6ozs; it’s fair to say that all those rumors of Kate barely eating during her pregnancy appear false. The name has yet to be released but as Prince William’s wasn’t disclosed until a week after he was born then the new parents would most likely do the same. I guess more waiting is just in our future.

Here is the official announcement:

Her Royal Highness The Duchess of Cambridge was safely delivered of a son at 4.24pm.

The baby weighs 8lbs 6oz. The Duke of Cambridge was present for the birth.

The Queen, The Duke of Edinburgh, The Prince of Wales, The Duchess of Cornwall, Prince Harry and members of both families have been informed and are delighted with the news.

Her Royal Highness and her child are both doing well and will remain in hospital overnight.

The new Prince that will one day be King was the first to have his very own Wikipedia page and has already has half the world’s monuments light up in blue. Congratulations Windsors and, also to play it fair, Middletons! This is only the beginning…