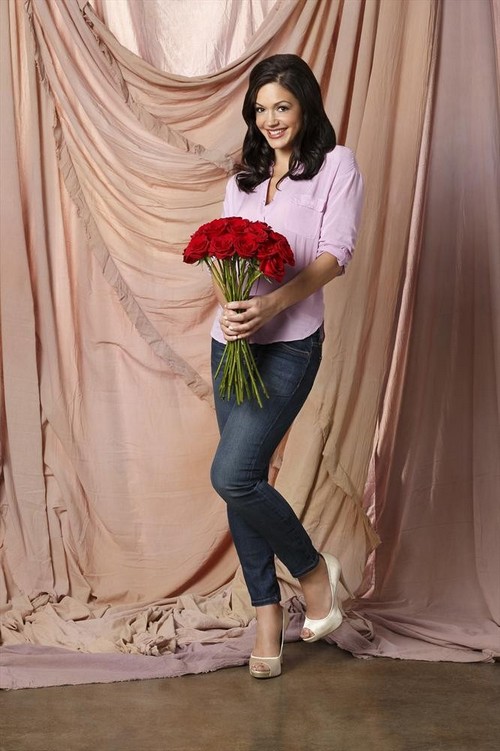 The Bachelorette Desiree Hartsock returns to ABC tonight with the ever popular “The Men Tell All.”  On last week’s show Desiree’s world tour to find love went back to the U.S. as she traveled across country to visit Brooks, Chris, Drew and Zak in their hometowns and to meet their families.

Her spirit and resilience surprised the men, but she was about to be severely tested by their loved ones as she tried to figure out if she can love more than one man at a time.  Desiree tried and find out from the people who knew them best, as she moved closer to making her fairytale come true.  The final three Bachelors she chose were:  Brooks, Drew and Chris.  Did you catch last week’s episode? We did and we recapped it for you.

On tonight’s show it’s an exciting, unpredictable reunion viewers won’t want to miss, as the most memorable bachelors from this season – including James, Ben, Michael G., Mikey T., Zak W., Juan Pablo and Jonathan – return to confront each other and Desiree one last time on national television to dish the dirt and tell their side of the story.

The last eliminated bachelor, Zak, seeks closure about what went wrong with his relationship with Desiree. Sparks will fly as the villainous James and Ben try to explain their actions. The “Bachelor Bus” makes some surprise stops to crash fan viewing parties in Los Angeles and New York, and three favorite Bachelorettes advise Desiree on dealing with the men who were there for the “wrong reasons.”

Tonight’s episode is going to have people talking and you are not going to want to miss a minute.