Miley Cyrus Call Justin Bieber “Stupid”, Tells Him To Take A Time Out 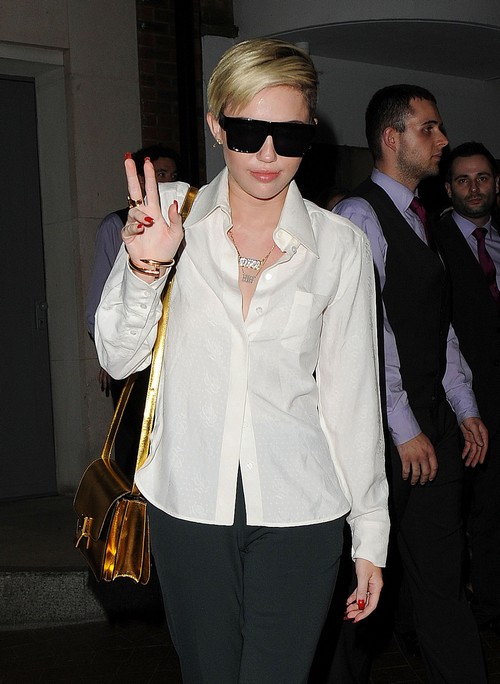 Sometimes, I’m divided in my opinion of Miley Cyrus, but this is awesome. In an interview with the Sun [while she’s promoting her new album], Miley decided to give some well worn advice to Justin Bieber. Justin is desperately in need of someone to straighten his life out and while it’s unlikely he’ll take Miley’s advice, at least he’ll know someone out there actually wants him to succeed.

Miley said, “I told Justin to take a bit of time out and people aren’t so obsessed with you and nit-pick. When you’re not around, all they want is your music. They want to see what the next thing is. But when your music is out they just want to talk sh-t about you. When you’re a worldwide star, everyone sees everything. Lots of people make a video and put it on Instagram, some people might think it’s funny but because it’s Justin Bieber, it’s like really bad.”

She adds, “I always tell him just to be cool and not talk about it because when you talk it fuels the fire. He’s still stupid though. But everyone does dumb stuff when they are messed up.”

It’s very, very true that when you stay out of the public spotlight, your fans and the public will miss your music, not you. However, it certainly looks like Miley can take a little bit of her own advice, right? Since she’s promoting her album right now, I’m giving her a pass – but if she ends up on the tabloids during the fall when she has nothing to promote, then we’ll know she didn’t really mean it.