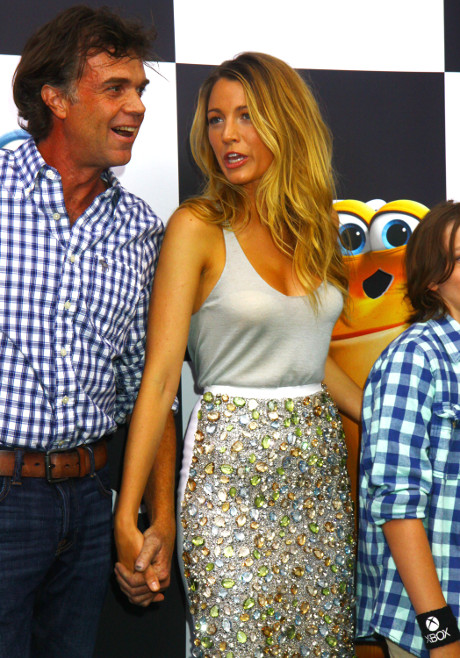 When Ryan Reynolds and Scarlett Johansson first divorced, most of the rumors pointed to the cause of the breakup being that Scarlett was too focused on her career and didn’t want to start a family. However, Blake Lively seems to have gone the opposite direction after marrying Ryan, and she seems content with staying at home and letting her acting career dwindle.

A new report from OK! Magazine also alleges that Blake is pregnant with the couple’s first child. The magazine’s cover reveals, “Hollywood’s most perfect couple has some surprising news to share.” A source explains, “It’s pretty obvious Blake is expecting a baby.” Although Blake hasn’t been seen out in public for a while, she didn’t really seem to have a baby bump the last time. But hey, maybe this ‘source’ saw her more recently.

Blake’s rep has already denied the report, but that’s not saying much. Her rep denied that Blake and Ryan were dating when they were, indeed, dating. Her rep has denied plenty of reports in the past regarding Blake, so I take everything they say with a grain of salt.

That being said, tabloids don’t really have the best track record for printing rumors about celebrity pregnancies. Considering that it would be hard for Blake to gain such an ‘obvious’ baby bump in three weeks [she was last seen at the premieres for Ryan Reynolds’ most recent movies], I don’t know how this source says that it’s ‘pretty obvious’ Blake is pregnant. What do you guys think? Let us know in the comments.