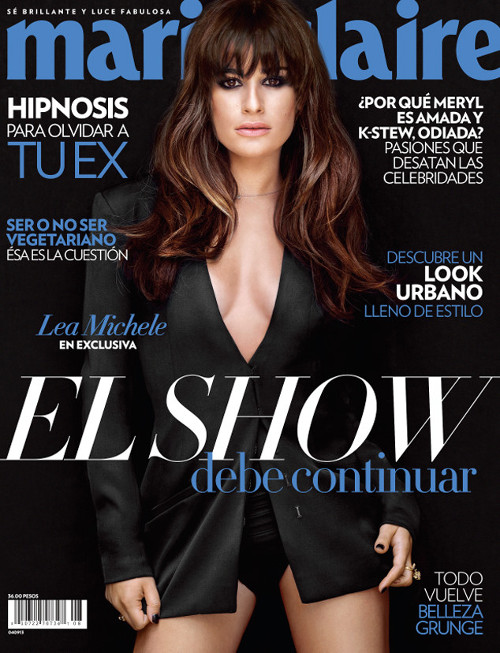 In an unfortunate twist of fate, Lea Michele’s new cover for Marie Claire Mexico was released today. The accompanying interview with Lea had her gushing about her boyfriend Cory Monteith, which was recorded last month. Her comments are especially depressing when you think about how much Cory meant to her, and the fact that they clearly had future plans together.

During the shoot, Lea told the magazine, “He is the best person I know. He has made my life so incredible, and I am so thankful for him and not only to have him as a partner but also as a co-worker. It is important to have someone that supports you and encourage you, someone that makes you feel that you are unstoppable, that you can do anything in the world because you have him.”

The editor-in-chief of the magazine also discussed the couple, saying that when Cory arrived at the end of the shoot, “They were both very nice and obviously happy and in love, we are very disrupted by the unfortunate and untimely events. Our thoughts are with Lea.”

Some people think that they shouldn’t have released the issue, respecting what happened, but it’s a reminder to everyone that life is fragile and to appreciate all the things you have. Lea certainly appreciated Cory, and our thoughts continue to be with her.