Kanye West and Kris Jenner Continue to be at War Over Kim Kardashian and Baby North West! 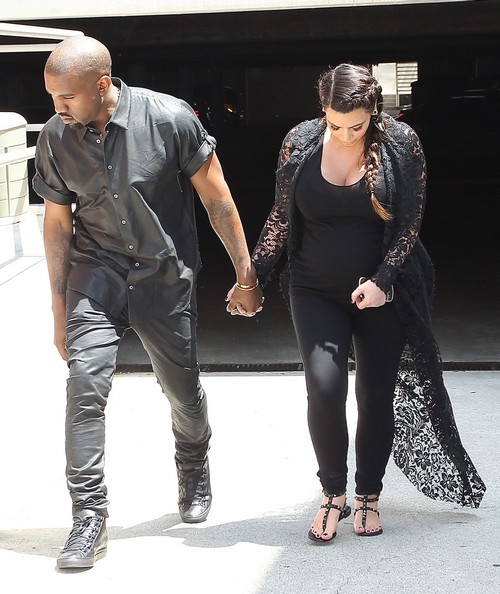 Will the Kardashian family drama ever end? According to a new report from the National Enquirer, Kanye West and Kris Jenner continue to be ‘at war’ over North West and Kim Kardashian.

The title for the Enquirer story claims Kim is ‘crying her eyes out’ because her mom and Kanye continue to escalate their ‘war’, and it’s putting her right in the middle. A source tells the Enquirer that Kanye’s anger couldn’t be controlled after the whole decoy baby incident for Kris’s first talk show appearance.

The source explains, “Kanye went CRAZY. He just kept ranting, ‘all Kris cares about is her damn ratings — she never stops promoting!’ Kanye swears he wants to get Kim and their baby far, far away from Kris. And it’s just killing Kim! She’s crying her eyes out, fearing she’ll ultimately have to choose between her mom and her man. Kanye’s trying his hardest to stay cool right now because Kim just gave birth, but who knows how long that will last!”

Kanye’s ‘trying his hardest to stay cool’? Really? He just beat up a paparazzi at the airport for asking questions – how is that staying cool? Regardless, Kim definitely has her work cut out for her in the future, especially if his anger issues continue.