Kate Middleton Will Return to Her Public Duties Only Months After Giving Birth to Prince George Alexander Louis! 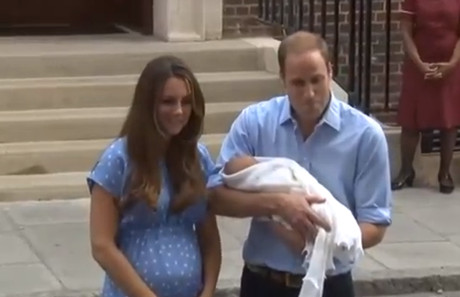 Kate Middleton just gave birth, but there’s already talk of when she will be returning to her official duties. Prince William is currently on a short maternity leave from RAF, but sources say that he’s already planning on giving in his notice because he doesn’t want to stay in Wales long-term during his son’s first year. Kate, on the other hand, doesn’t really have a ‘job’ that she has to return to, per se. However, she does have official duties that she is often busy with, and a source tells People that she’s expected to return to those in a few months.

A source close to the family tells People, “There’ll be a little bit of time when they get to know the baby. A little bit of downtime. It goes with the territory as it’ll be a very short time before [Kate] goes back to her public duties.” There was a lot of internet backlash last year because Kate was perceived as ‘lazy’ due to the fact that she didn’t work and always seemed like she was on vacation. However, I don’t think anyone would begrudge her a long break with her newborn son.

Kate and William were most recently spotted at Bucklebury to visit the Middletons, and they’re rumored to be staying at Kensington until their apartment undergoes renovations.