Khloe Kardashian Ready to Give Lamar Odom a Second Chance Despite Cheating Scandal with Jennifer Richardson! 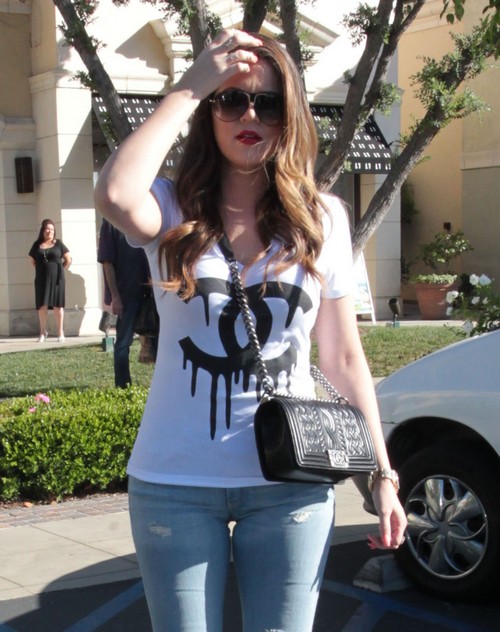 I guess it’s the week for us to watch otherwise smart women foolishly choose to stand by their men! Khloe Kardashian, over a month after kicking Lamar Odom out of their home, has decided that in spite of all of the cheating rumors she’s ready to give their marriage another shot. Apparently Khloe isn’t the kind of woman that really believes in divorce so that may be part of the almost obsessive need to fix it.

According to the Aug. 5th print edition of In Touch magazine Khloe completely blames reality television for the breakdown in their marriage. She never really listened to Lamar when he pleaded with her to step away from the Kardashian money making machine and instead kept signing on to do more shows. As a result he ran in the other direction and started spending more time at his bachelor pad. Of course he wasn’t alone there. He didn’t care who saw him frolicking with strippers and other groupies that just wanted either money or sex.

Lamar apparently told Khloe that Jennifer Richardson is a liar and that there was never an affair. She has chosen to believe the story her husband is telling and is now willing to leave television in order to give their marriage a shot. Kind of an odd move from a woman that believes she is the only one who has worked on their marriage thus far- now she’s willing to throw away her career for him too!

Is Khloe making a mistake by giving Lamar a second shot? Let us know in your comments below.

Check out how Lamar Odom’s mistress is telling all, [CLICK HERE]