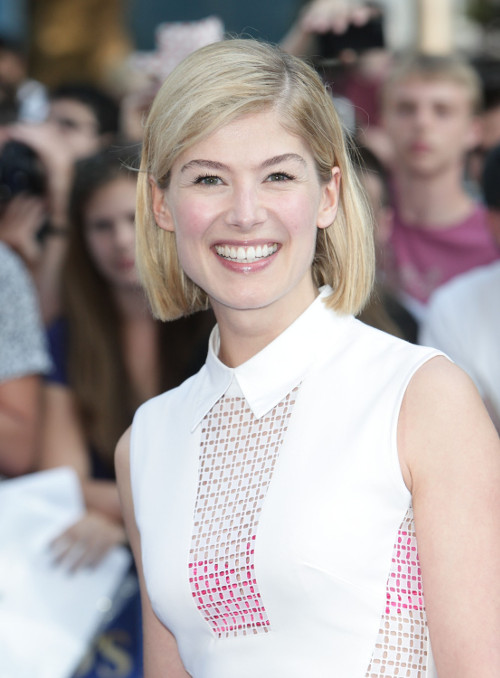 Although it was initially rumored that Reese Witherspoon might be starring as the female lead in David Fincher’s film adaptation of the bestseller Gone Girl, it has now been confirmed that Rosamund Pike will be starring opposite Ben Affleck.

For those who have read Gillian Flynn’s novel, you’ll know the film won’t be a traditional thriller. Because of the way the book was written and the twists and turns play out, Fincher seems like a perfect choice for director – the film won’t be traditional in any way, and choosing Rosamund Pike in the lead certainly cements that.

The official synopsis of Gone Girl is, “The story follows Nick Dunne, a husband whose wife disappears on their fifth wedding anniversary — and who’s suspected of foul play.” Rosamund will be playing the wife, Amy Dunne, and she’s as much of a lead character [if not more] than Nick in the novel.

What do you guys think about the pairing of Rosamund Pike with Ben Affleck? This will be Ben’s first break from directing and acting in the same film, and Gone Girl should be an interesting experiment on whether he works as just an actor anymore. Let us know your thoughts in the comments.