Bachelorette Desiree Hartsock Dreams of Small, Simple Wedding Alongside the Love of Her Life! 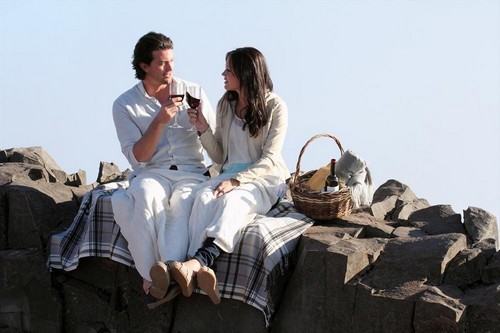 I guess Bachelorette fans must be going out of their minds with excitement as the final rose ceremony for the current season is set to occur on August 5th. Bachelorette Desiree Hartsock is currently tangled between Brooks Forester, Chris Siegfried, and Drew Kenney, with no clear cut choice that really stands out. We do know that [warning: following link leads to delicious spoils] one of these guys will walk away in the season finale making Des’s choice for the final two bachelors for her.

According to the Aug. 5th print edition of In Touch, Desiree can’t give too many details but she can confirm that she is engaged at the present time. Whomever she presents with the final rose put a ring on it and the two are currently plotting a wedding. Des is a former bridal stylist and she seems to believe that most couples spend way too much money on weddings and that she doesn’t even want the big blowout bash that so many women dream of.

Desiree claims that she wants a small and intimate ceremony with those closest to her present. She still hasn’t decided whether or not she’ll consider allowing ABC to televise her wedding, if it actually happens. I say that because the track record for actual weddings occurring after a couple finds love on this show is pretty flimsy.

Do you think Des will beat the general odds and end up actually happily married to whichever guy she chooses, or will the next several months be filled with the drama that seems to be par for the course? For a GIGANTIC spoiler (like, to see who probably-most-definitely receives Desiree’s final rose) CLICK HERE [warning: if you don’t want to be spoiled in any way, we urge you to avoid clicking that aforementioned link — but you know you want to!]