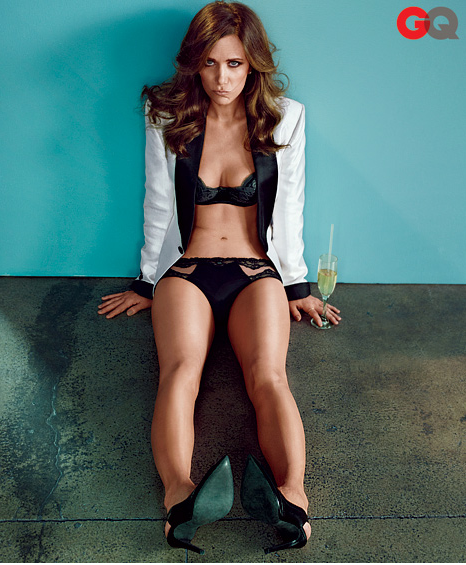 Kristen Wiig has broken up with her latest boyfriend, Fabrezio Moretti, after eighteen months together. US Weekly doesn’t give a reason for the split, simply saying that the breakup was ‘amicable’ and they will remain friends. Is it just me, or do the reps always say that for every breakup? And then it turns out not be true.

In Kristen’s case, I wouldn’t be surprised if the split really was amicable. She’s gone on the record as having great relationships with ex-boyfriends, and this might just be the same. However, I’ll bet that Drew Barrymore is very happy about this breakup. Drew and Fabrezio used to date a while ago, and Drew actually spoke about this relationship between her ex and her friend, saying that it was ‘incestuous’ and ‘wacky’, and added, “It seems fitting that they would find each other.” Not one to censor herself, that Drew.

Eighteen months is quite a long time to be dating in Hollywood, where relationships often don’t make it past two weeks [cough, Henry Cavill and Kaley Cuoco, cough]. What do you guys think about Kristen’s split with Fabrezio? And who do you think she will move on to next? Let us know your thoughts in the comments.