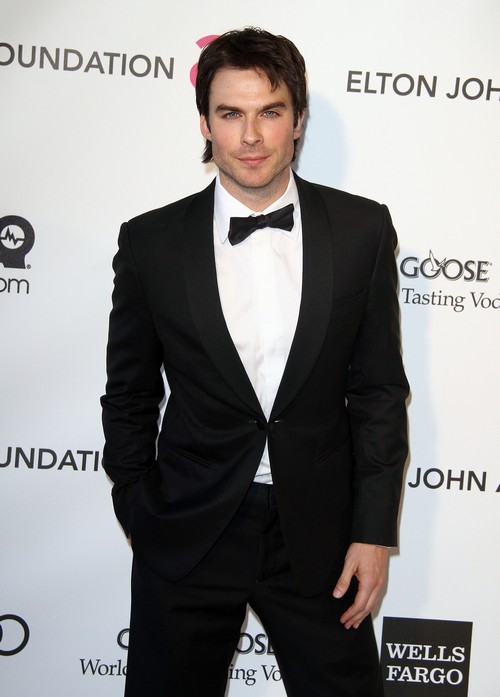 Poor Ian Somerhalder. He campaigned and campaigned, even coming up with mock auditions and expressing his interest in the role during every interview he gave. But alas, it was not meant to be. According to a recent report from US Weekly and a series of reports following that, it seems as though Ian Somerhalder is out of the running for the role of Christian Grey in the upcoming film adaptation of Fifty Shades of Grey.

An offer went out to Garrett Hedlund, but he turned down the role because he didn’t want to [ahem] ‘commit to three films’. In Hollywood speak, that’s just a polite way of saying that he didn’t want to do the role. Seriously, he committed to the Tron films without thinking twice, and it’s not like he’s so in demand that he’s busy for the next few years. Anyway, the author of the books, (adapted fan fiction, seriously), E.L. James is reportedly aiming for a bigger name than Ian, which obviously must have been upsetting to him.

After all, although he had a promising start with Lost, Ian is now on a CW show. In the world of film and television celebrities, CW actors fall at the bottom of the barrel, below network television stars and much below cable television stars. On the ladder, cable stars are almost at movie star level [and usually transition over pretty easily]. Network stars are either former movie stars or semi-recognizable names. And then we have the CW stars, who are almost always young and attractive, but maybe not the most respected. And while I don’t think that’s fair, Hollywood isn’t known for being fair.

People get pigeonholed easily, and Ian definitely has the looks and skills to pull off Christian Grey so it’s unfortunate that he’s not being given a chance. It should be interesting to see who they eventually get for the role, and whoever that person is, they’ll have to be a bigger star than Ian, but probably won’t be as big as Garrett. That narrows down the list considerably, so who do you think will end up getting it? Let us know your thoughts in the comments.