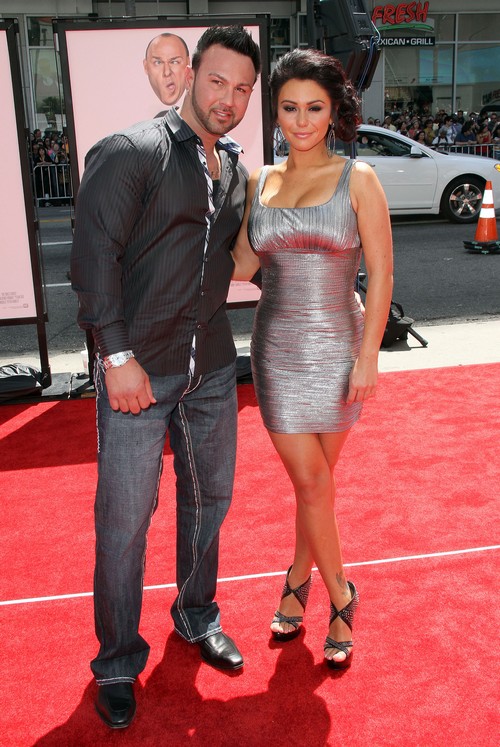 JWoww and her fiancée Roger Mathews appear to be happy again. It was literally a day ago that the two were snapped walking into therapy together. They weren’t smiling then but hey at least they aren’t grimacing now.

I know that everyone wants to jump on a possible reasons why she would do couples therapy but I thinks it’s smart. Frankly people say yes to marriage sometimes without thinking. They get so caught up in the excitement they’re willing to continue with wedding plans despite hesitation. So yeah I’m congratulating JWoww of all people. For not falling into the same mistake like Britney Spears, Kim Kardashian, and so many other celebrities have done before her.

Her TV empire with Snooki may be on the verge of collapse but neither of these women are going be staging a TV wedding just for the ratings.  Thank You!

In all honesty whatever the couple had to work out they seem like their fixing it up nicely. They’re out shopping together. That might look small but if you hated someone you wouldn’t want them to come with you and ruin your shopping experience. They could tell you that you look fat. If he can trust her with his shoe size and she can trust him with her dress size then this couple could actually work.