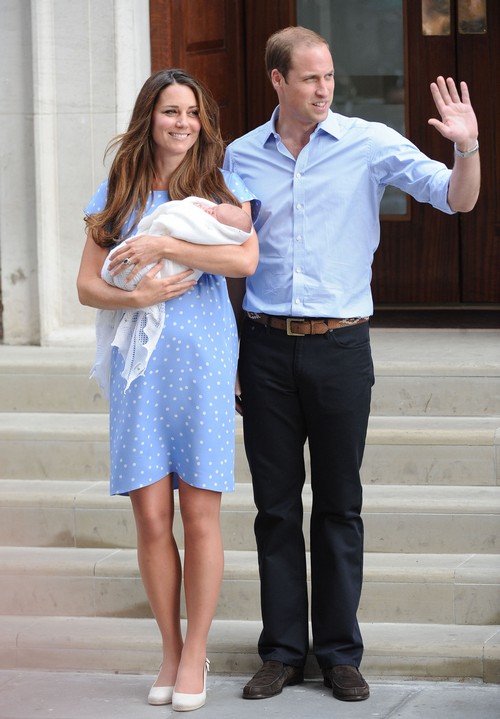 Was there anyone else that thought the Duchess of Cambridge Kate Middleton and Prince William‘s new sons name, Prince George would only be appropriate as an adult. I mean come on it’s a little baby and the world was stuck using Prince George. I didn’t mean to but my voice automatically drops an octave whenever I say the name. Luckily we have Grandpa Prince Charles to thank for the nickname. Kate Middleton and Prince William’s son will be called Georgie. Cute name! I kind of wish Microsoft word would recognize it instead of trying to auto-correct me.

Back to Prince Charles. He’s been ecstatic about his grandson even back during the Great Kate Wait. I simply have this feeling that if anyone were to meet the Prince of Wales on his off hours then he’d be the grandparent that automatically pulled out tons of pictures.  You don’t know why he’s walking them but he always has them.

He revealed the nickname during a walk about with wife Camilla Parker-Bowles at the Whitstable Oyster Festival. Apparently grandparents came out in packs to welcome him. He had joked that there were more than the usual numbers. And they were all prepared with gifts for the baby. That’s nice. I hope Prince Charles will be able to see it that way. He once infamously admitted he burned all the things given to him during these walkabouts.  Hopefully little Georgie improves Grandpa’s temperament.