Desiree Hartsock Claims She Was Blindsided and Heartbroken By Brooks Forester 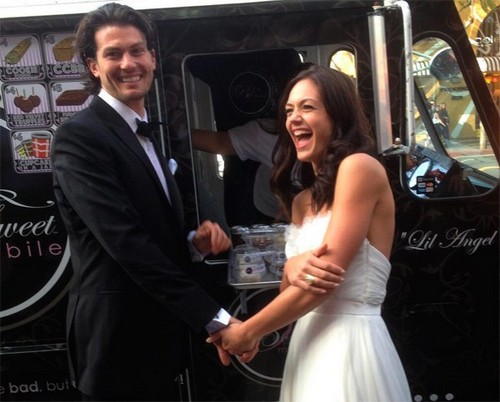 Desiree Hartsock calls what happened to her last night on the Bachelorette as being blindsided. She was dumped yet again on national TV by Brooks Forester.  In her spin as the Bachelorette, she had her share of guys trying to play her but what hurt the most was when Brooks decided to truthful say he’s was not all that into her. Yes it hurts but he’s being man enough to say it to your face just when it’s become a cruel trend to break up over social media.

What does Desiree do after Brooks’s revelation? She goes understand before she goes on and on in her blog and even on the show that had something special. Let it go! It wasn’t special enough.

I mean there are two other guys there. One of whom we know for sure she chose so why harp about this guy and thereby making the audience suspect your fiancée of being a poor second choice.

On her blog with People magazine you would think she would tone it down but no. “I had such strong feelings for him that I couldn’t imagine not reaching the full potential of a proposal.”

Why would anyone say that after the fact. She’s blogging while watching the show and sitting across from her boyfriend. How is he supposed to take this?  She’s in love with Brooks and only picked him because he was there. I’m sure he’ll be thanking her for informing the world of this fact.

Editors Note: The only possible explanation for this is that Brooks and Desiree reconcile and end up together in the finale part 2.  That is why Desiree was able to do all that social media support during the show without actually hurting her fiance’s feelings-because Brooks IS her fiance!