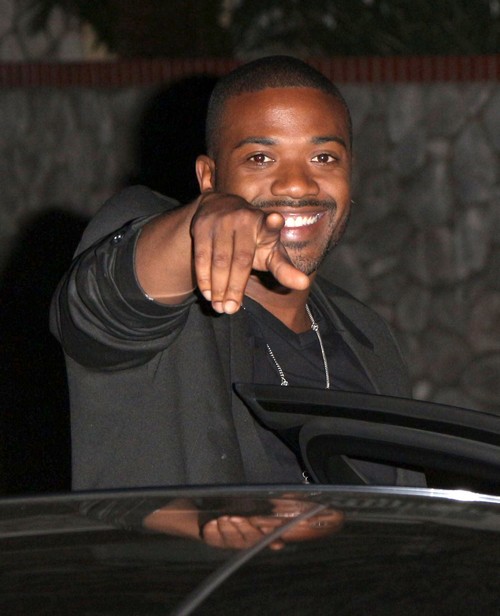 Occasionally I try to be nice. Like to the elderly and children. So because Ray J remains stuck on stupid and continues with his childish antics then he’s going to get some kindness.

Ray J in is his one sided war/publicity stunt has taken to making fun of Kanye West’s airport meltdown. The one where he freaked out over the photographer saying he was a fan. Will this finally get Kanye’s attention? No it won’t.

Ray J is still and will remain insignificant. Not only to Kanye but to pretty much everyone. The cameras only follow him now, not out of interest in what he says about Kim Kardashian. They may have both created the sex tape but the only one to truly profit was Kim. He’s just that desperate kid that keeps jumping up trying to claim he was there too.

His little song about sleeping with Kim before Kanye didn’t do anything for him in the long run. All anyone could talk about was who Kim’s first was. Hell there was an entire article about one of the Jacksons climbing that mountain back when it was virgin territory.

Ray J’s song ended dying a swift death. That particular Jackson now has a byline about dating Kim every time he’s mentioned. Give it up Ray J! No one cares and at this stage no likes you.  Shut up and focus on your music! There I was nice.