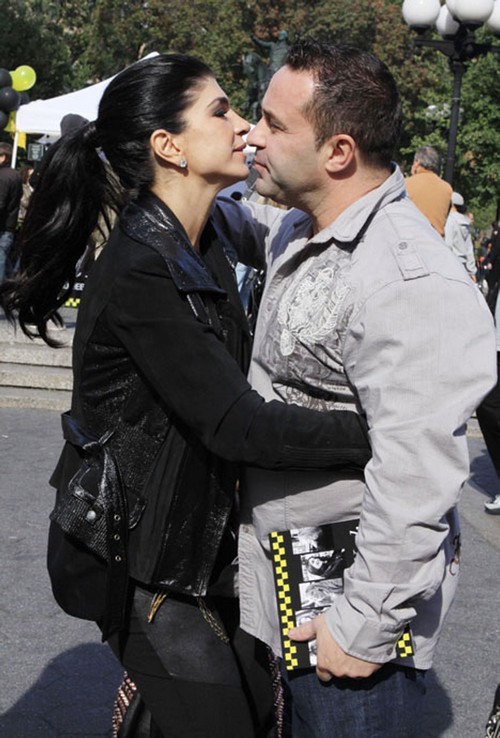 I’ve heard of a man dragging you down but I thought that was only temperament. Teresa Giudice and Joe Giudice are out on a million dollar bail right now. They’re probably think it’s a good sign, you know with the judge letting them free instead of holding them. I however can only see the many things that can go wrong.

TMZ reports, As part of the terms of their bail, both Teresa and Joe had to surrender their passports and are restricted to New York and New Jersey. Joe, who is not a U.S. citizen, is subject to drug testing. Teresa will not have to subject herself to drug testing.

For one no one expected Teresa to go down with her husband. The rumors that were circulating about legal troubles were always connected to him.

Now that both parents are going on the chopping block then what’s going to happen to their girls. We’ve watched these kids turn from sweet kids to little entitled brats.

Part of having entitlement is thinking they can always have what they wanted especially if it’s their mom. Another thing that has been sliding under the radar is Joe’s drug testing. Teresa doesn’t have to do it so we know its only Joe.

Is that when all the problems started. Does Joe have a drug problem? These things won’t look nice in a front of a judge. They’re facing 39 counts of fraud and possibly 30 years in Jail. If one drug test comes back positive its over for the both of them. Why Teresa?

Everyone has been telling her that Joe was no good for so long, it isn’t even funny anymore. Divorce, please!!! Consider this a petition.