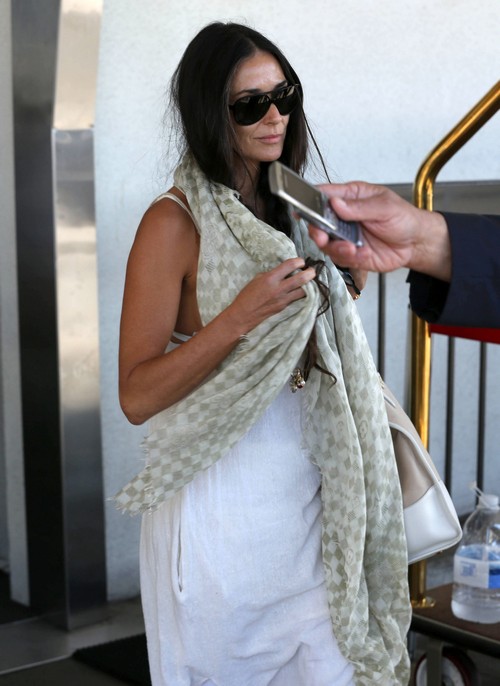 Kiefer Sutherland is back to his old partying ways and this time he’s taking our favorite crazy Demi Moore with him.

Repordidly Kiefer got so drunk that he didn’t understand how bad it was for Demi Moore to watch the nearly 50 year old dance without a shirt on. I wasn’t even there and I’m saying eww. That’s how far he’s willing to fall but in a surprise turn of events Demi didn’t join in on the exhibition. She honestly used common sense and left before Kiefer begun to stumble. Who is this woman? Because I thought the classy Demi had died years ago.   “He was stumbling, he took his shirt off, he was dancing,” one patron told the Sun. “It was a funny experience.”

You see. Witnesses are only confirmed one person made an ass of themselves and it wasn’t Demi. Hip Hip Hooray. Demi remembered to be an adult. She’s no longer dancing by herself and showing the world why Ashton ran to Mila. Now she only has to keep it up.

The next step should be the divorce. She and Ashton have yet to settle their financials. Mainly because she was demanding too much money. But this new and improved Demi could very well become the lady of old and gracefully walk away.

However we all know that’s not going to happen. Why? Well she is a scorned wife and those rich ones tend to be extra bitter.