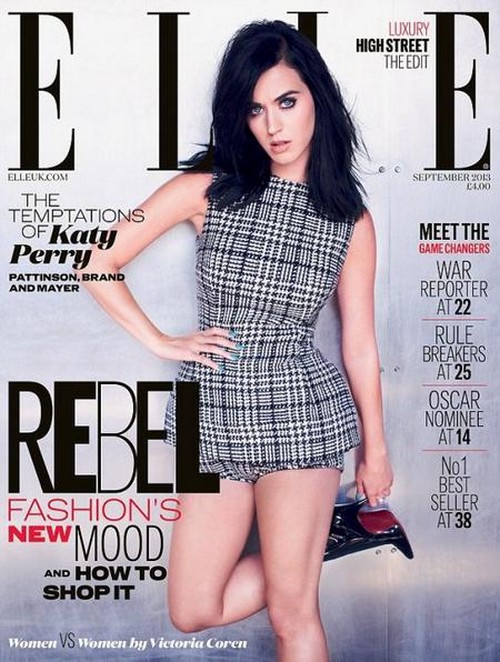 So is this a case of the tabloids spreading rumors again, or a case of celebrities lying to protect their image? When Robert Pattinson first broke up with Kristen Stewart, all the rumors stated that he was moving on with Katy Perry, who is supposedly one of Kristen’s best friends. Obviously, the tabloids were like ‘OMG BETRAYAL’, but Katy now denies that anything happened with her and Rob, even adding that she texted Kristen to clear up the air.

She explains in a new issue of Elle UK, “I sent her a text message saying: ‘I know you’ve seen all this stuff but you know I would never disrespect you. I’m not that person. I’m just trying to be a friend to him but it is unfortunate that I do have a set of tits.’”

She could be telling the truth in that nothing happened, but I don’t buy that there was no flirting going on. I’m sure both she and Rob may have kissed once or twice, and even thought about hooking up, but maybe they decided against it. Katy could also be denying the rumors because she doesn’t want to be seen as a bad friend.