Paul Wesley And Torrey DeVitto Are Divorcing Is Nina Dobrev The Blame? 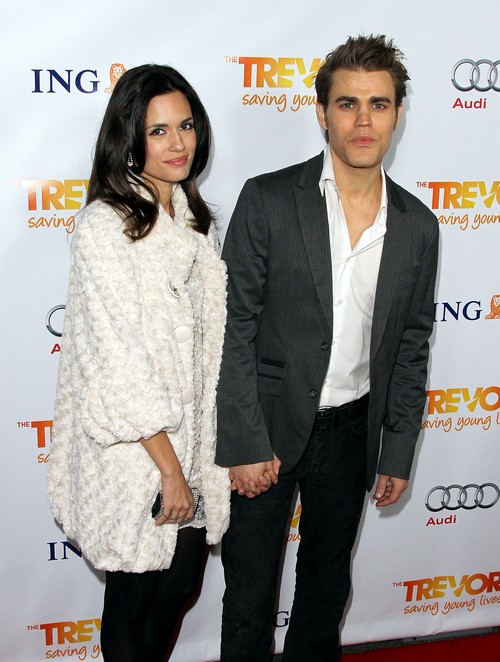 More breakup news in the world of Young Hollywood. According to reports, Vampire Diaries star Paul Wesley and his wife of two years, Torrey DeVitto, are divorcing. What is going on at the Vampire Diaries set over in Atlanta? It seems like everyone is breaking up.

Obviously, we get the usual PR nonsense from Paul’s rep, who says that Paul and Torrey will ‘continue to remain friends’ and that the split was ‘amicable’. I’m starting to hate that word. It seems to appear in every press release regarding a split or divorce between two celebrities. This is Hollywood we’re talking about – things are very rarely ‘amicable’.

Anyway, this explains why Torrey was absent at Paul’s birthday party, and why she wasn’t seen with him during Comic-Con or on set in Atlanta. Some reports have already started speculating that Paul is now involved in some sort of torrid love triangle with Nina Dobrev and Ian Somerhalder, but I think that may be pushing it too far. Nina and Paul’s relationship has always been that of very good friends, and I don’t think Paul’s split with Torrey has anything to do with his relationship with Nina. However, it may very well have something to do with their careers. While Paul’s career has continued to get better while he’s been on the Vampire Diaries, Torrey has been stuck doing guest spots on CW TV shows. Not exactly confidence boosting.

Anyway, we’ve seen many Hollywood relationships and marriages fall apart because one half of the couple becomes much more successful, and it could very easily be a similar situation in this scenario. Obviously, this is speculation because all we’ve gotten in the way of an official reason is that the split was ‘mutual’ and ‘amicable’.