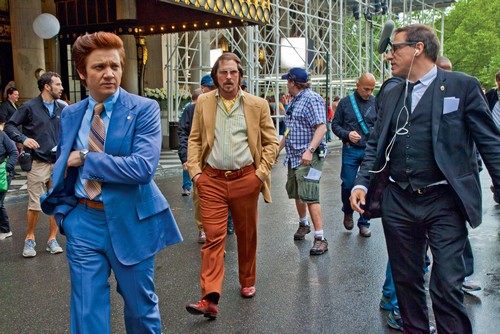 The first trailer for American Hustle is here, and it looks absolutely bonkers. David O. Russell has specialized in intense, character driven dramas over the last few years, but we’ve seen that he can also bring in the comedy with ‘Silver Linings Playbook’. ‘American Hustle’ is still ostensibly a drama, but man, it looks wacky.

The story is said to focus on the Abscam scandal of the 70s, and it will feature corrupt politicians, scam artists, crazy 70s outfits, and even crazier 70s hair. But you know what this movie might be most famous for? Finally getting Amy Adams her damn Oscar.

She’s been nominated FOUR times in the past 6 years, which is almost ridiculous when you think about the fact that she’s not even a major household name across the world. But in this two minute trailer, the person who sticks out most is Adams. She slaps, she screams, and she strips – and if we know one thing, it’s that the Academy loves crazy and sexy.

There will obviously be a ton of Oscar campaigning and whatnot to finally get Adams that Oscar but if she goes in for supporting, I think she has a great shot at winning. Beyond that, this trailer is entertaining as hell to look at. I’m not really sure what’s happening, but the music is great, and everyone looks like they have great chemistry. I can’t tell if it’s supposed to be a serious drama, or a dramedy, or a comedy, but I don’t care. I’ll be there opening weekend.