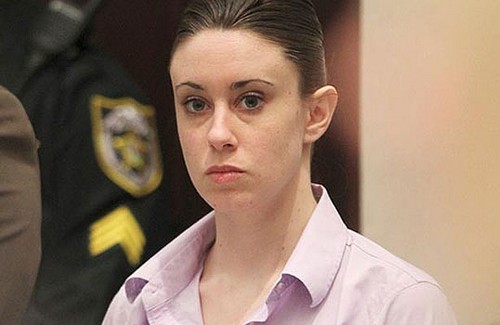 Casey Anthony is in debt.  Even when she paid off 25,000 to the bankruptcy agency there wasn’t anyone who had sympathy for this woman and they never will. I’m sorry but at the end of the day no one says let’s give the Murdering Mommy a break.

She’s so broke in fact the bankruptcy people wanted her to write her life story. Now that’s desperate. But surprisingly Casey herself wasn’t that desperate. She paid them the $25,000 just so she wouldn’t be forced to write her memoirs. What do you know maybe she finally grew a conscience. Either that or her lawyer told her she was opening herself up to more legal troubles if she talked.

One thing that keeps sticking out though. Where did she get the 25,000? I mean that’s not the kind of money lying around the house. Especially not when all she’s doing is hiding. Yeah someone could have loaned it to her but she’s at the stage where she owes everyone money. There’s not a lot of possible ways for her to get that dough.

One way would be if she lied about being broke. We’ve seen many people hide their money and with all of her lawsuits her lawyer was probably the one to help her.  But frankly I was looking forward to the book. I wanted to hear Nancy Grace tear it apart.