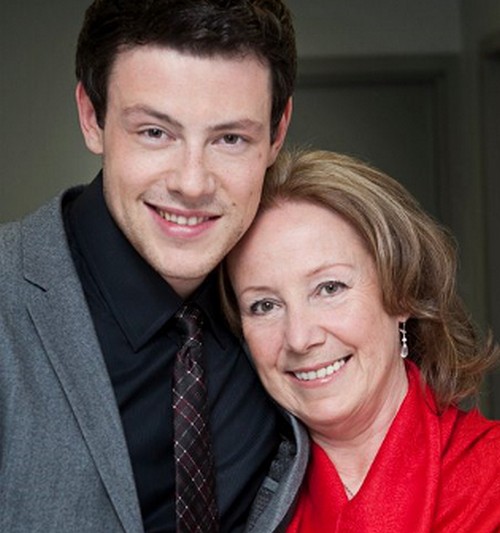 Apart from Cory’s dad, everyone close to Cory Monteith has been staying silent since the star’s untimely death. Lea Michele, Cory’s girlfriend of two years, released a statement via her rep asking for privacy and then thanking her fans for their support. However, Cory’s mom, Ann McGregor is now opening up about her son’s passing, and although she doesn’t say much, she does thank fans on Twitter for their support.

Ann wrote, “I would like to thank all of Cory’s supporters at this extremely emotional time. Your support has been overwhelming… thank you!”

Ann also clarifies that she hasn’t spoken to any reporters or ‘sources’ so all the magazines releasing reports on her thoughts or purported statements are just making things up. She clarifies, “The person releasing articles relating to my feelings and thoughts on how to take care of Cory’s ashes has never been in contact with me. I have never met or spoken to this person. He does not represent me or my wishes.”

Cory’s body was reportedly cremated after a private viewing held by his family, and his memorial was held last week. Glee will also be sending off Cory’s character, Finn Hudson, in a tribute in the third episode of the next season, before taking an extended hiatus so the cast and crew can deal with Cory’s death.