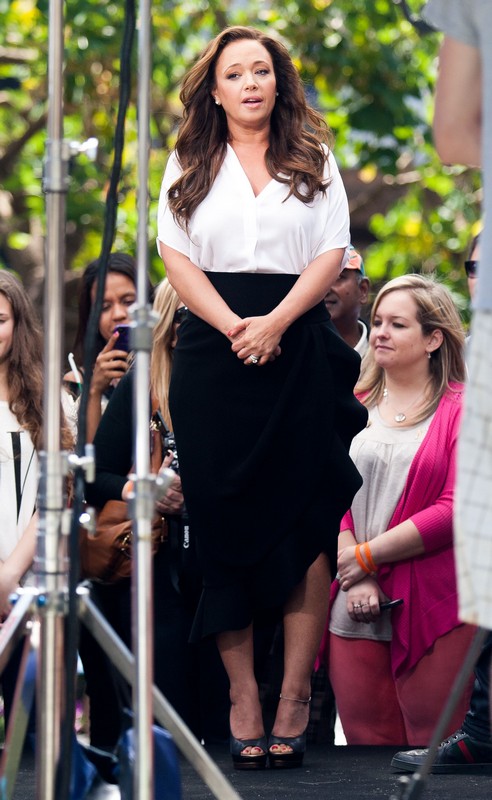 Leah Remini is all set to write a tell-all book on Scientology after leaving the Church.

Leah reportedly told US Weekly at an event earlier this week, “It will include my experiences, everything that’s taboo to talk about.” She also added that it’s been difficult for her over the last few days, explaining, “It’s a time of change. I think the fact that my family has taken a stance and we are on a united front says a lot.”

No matter what, Leah has the full support of another ex-Scientology member: Paul Haggis. Haggis wrote a letter in support of Remini to the Hollywood Reporter, saying, “Leah and I were always friendly but never close friends. Despite this, she called me as soon as she heard about my letter of resignation. Unlike the rest of my former friends, she expressed real sadness that I was leaving and concern for me and my family.”

The more I hear about this ‘religion’, the more shocked I am that it’s been allowed to go unchecked for so long. And they get tax credits! I mean, everyone exhibits signs of cult behavior, there are reports of abuse of power and actual abuse of the followers, and people are threatened if they decide to leave. Hopefully Leah’s book will help educate anyone who’s thinking of joining, and help anyone who wants to leave.