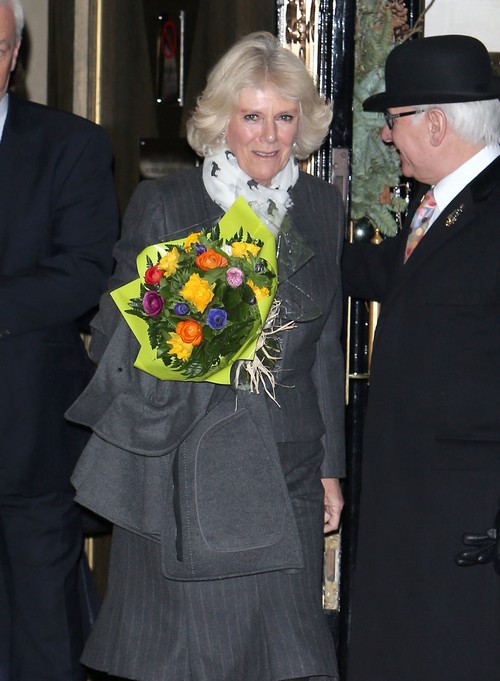 While the rest of the world celebrated the birth of Kate Middleton and Prince William’s son, Prince George, there had to be at least one person who was miserable about it, right? Well of course that person was Camilla Parker Bowles, the hard drinking, misery making wife of Prince Charles. While she is temporarily banned from George’s life she was allowed to visit him in the hospital and put on quite a show, acting like the perfect doting grandma. Then she went home and raised hell.

According to the Aug. 12th print edition of Globe magazine the Duchess of Cornwall barely made it out of the car before her screaming began. Everyone now knows that Prince William will be appointed king next instead of his father Charles and Camilla blames 8 pound 6 ounce George for it. She thinks that the baby totally changed the playing field and that her husband needs to stand up to his mother, Queen Elizabeth and fight for the crown that should rightfully be his.

Instead Charles is more than happy to duck out on the responsibility and let his well-respected son take over. Camilla already is a known drunk and so this whole situation caused her latest bender. Charles and the palace staff listened to her scream, rant and rave for days about that evil baby that was ruining their lives. Charles ignored her as much as possible and refused to challenge his mothers’ decisions because frankly, he doesn’t see a problem with them!

Can you imagine if Camilla ever actually became Queen? She has to be one of the hugest reasons why Charles will lose out on the crown, don’t you think? Tell us your thoughts in the comments below!

Kate Middleton And Prince George Head To Mustique: Leave Prince William Behind In…