Susan Lucci Not Welcome According to All My Children Costars 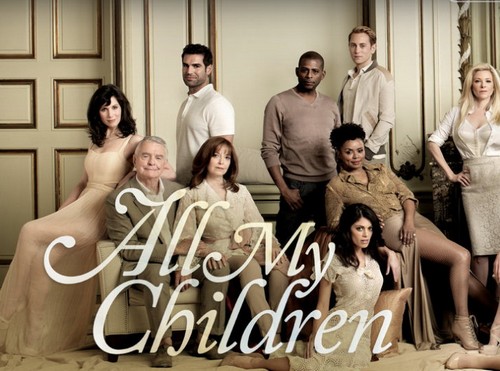 All My Children fans were absolutely thrilled back in April when their show was revived and rebooted via Propsect Park’s Online Network. The show had been pulled from network television late in 2011 and petitions for it to return began almost immediately. The internet edition is 30 minutes spots 3 days a week and has done well enough the Oprah Winfrey’s OWN Network has decided to bring the show back to television which is quite a victory for the actors and fans alike.

According to the Aug. 12 th print edition of Globe magazine Susan Lucci is this close to signing on to return to the show that made her a daytime star. Erica Kane was the centerpiece to the show for 41 years and Susan believes that her schedule has freed up enough now to allow her to return at least on a limited basis. While AMC fans may be thrilled to hear this her fellow cast mates are not.

They have hustled to bring this project to life and they have worked hard to make it good enough to deserve to be back on television and they resent Susan now wanting to come back after the uphill battle has evened out a bit. They also fear that if she is on board it will become the Erica Kane show once again or worse, the La Lucci name is what will be credited with saving it.

Several longtime AMC stars have said they would now rather fail on their own merit than succeed because Susan comes back. That’s a pretty strong statement don’t you think? If Susan comes back do you think that the show should revolve around her character or have you liked the balance that they have going now? Tell us your thoughts in the comments below!