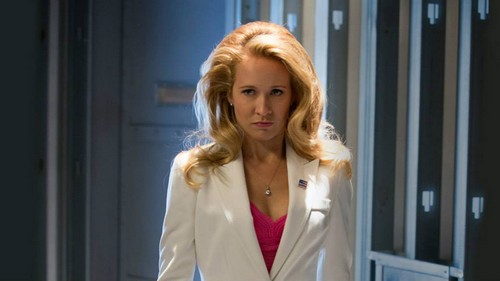 Tonight on HBO True Blood continues with a new episode called, “Dead Meat.”  On last week’s episode Burrell was dead so that meant Sarah Newlin was running things at the Vamp Camp and she warned everyone that no one could know she was in charge.  You imagine what it was like with Sarah running things, somehow I don’t think Sarah is going to be around for a long time.

The vamp camp came up with a way to get rid of the vamps.  They produced new Tru Blood for the vampires and it was laced with Hepatitis V.  Willa warned Pam not to drink the blood, Will knew about the infection.  This is what Lilith was warning Bill about and how the destruction of the vampire race could come about.  Did you watch last week’s fabulous episode? If you missed it we did a review of the episode HERE. So head over there and you can get caught up before tonight’s episode airs.

On tonight’s episode Sookie faces a major dilemma in deciding whether to broker a deal between Warlow and Bill.  Bill sees Warlow as the answer to saving the vampires from destruction.  Over in vamp camp, Jason gets to know Violet, while Sarah goes to extremes to keep Tru Blood flowing.  Alcide  makes a decision that will impact the futures of Nicole and Sam.  Written by Robin Veith; directed by Michael Lehmann.