Robert Pattinson Back With Kristen Stewart, Rob Caught Outside Her House 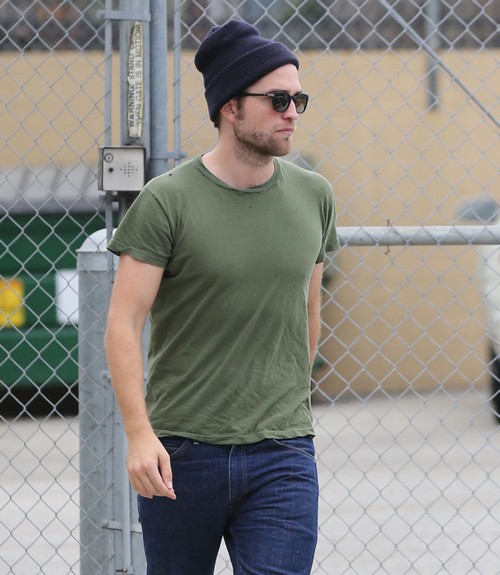 NO! Don’t let it be true. But it seems Robert Pattinson and Kristen Stewart are on good terms again and let’s face it we all know where that leads. That’s right people start putting down your bets because its highly likely the Great Twilight Romance is going in for its third installment. And Dammit I hate sequels.

Despite Rob packing up his stuff way back in May, there are photos of him visiting Kristen earlier Monday on August 5th.  Don’t know why he made the unexpected detour on the other hand it’s being reported he tried to enter the home discreetly. How’s that working for you Rob?

More importantly how is it working between Rob and his latest hook-up Riley Keough? Yeah remember her. The girl he was supposed to be having fun with instead of the endless drama he gets with Kristen. I wonder what she’ll think about his morning delight. Because what else could it be. He moved and they settled the dog situation. She was allegedly seeing other people and so was he. There is really nothing left for them to discuss unless they’re getting back together. So Come one!!!

Remember why you guys broke up in the first place. She cheated and he still couldn’t get over it nearly a year later. Which was and still is ok. It’s perfectly alright to be nervous about turning hoe into housewife. Many have regretted not showing that very same restraint. Don’t go back to her, Rob. She’s called Trampire for a reason.