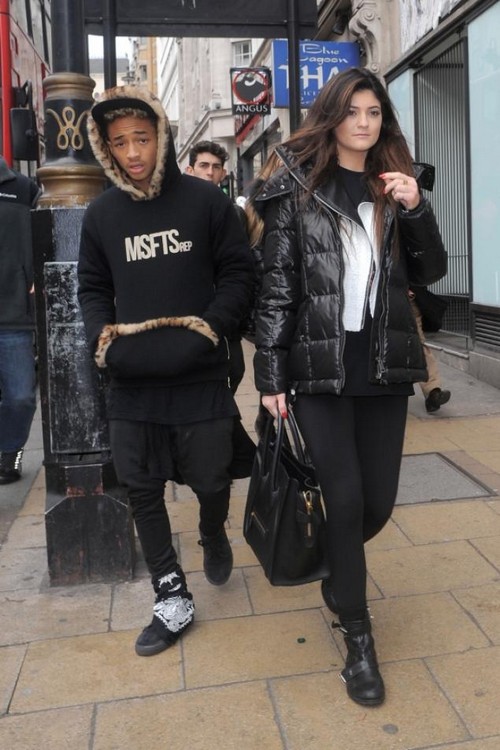 Young love is tricky and when you come from a celebrity family that can make it even tougher. Over the last few months we have seen Jaden Smith and Kylie Jenner out and about, looking like a couple. They have been traveling in some of the same circles and obviously get along really well.  The Kardashian family totally supports Kylie’s dating Jaden because he is good for their brand. Will Smith’s son gives them a solid connection to true Hollywood a-listers and of course momager, Kris Jenner believes that it’s great for business.

However, according to the Aug. 12th print edition of Star magazine, Will Smith and Jada Pinkett Smith are not thrilled. They aren’t into telling their kids what to do but they have made it clear that they don’t really want their son connected to a cheeseball family like the Kardashians. Will thinks that any Hollywood family with even an ounce of class would steer clear of all of the reality television stuff . He hasn’t told Jaden to distance himself exactly but he has planted the idea that having a girlfriend means a ton of stress and Jaden has certainly agreed with that notion.

Apparently Will and Jada are hoping that Jaden will get tired of Kylie quickly and decide that he would rather find himself a real girl rather than one connected with one of the least respected families in Hollywood. Jaden is still just a kid, do you think that Will and Jada should step in and insist that he stop seeing Kylie or would that just backfire? They are also worried that his rising film career will be taken less seriously if he’s running in those reality star circles. Tell us your thoughts in the comments below!