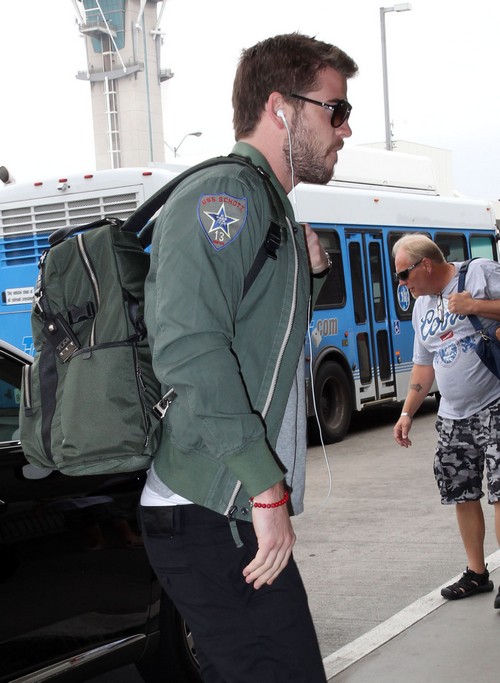 Although the rumors about Liam Hemsworth and Jennifer Lawrence possibly hooking up were squashed earlier this year, and they remain with their respective partners, they do seem to be good friends.

Liam has been promoting his new film ‘Paranoia’ and he gushed about Jennifer in an interview on Good Morning America. He said, “She’s great. You wouldn’t even know. Nothing has gone to her head over the last few years.”

He added, “When I first met her, she was full of life and [she] brings such a great energy to set… When you’re shooting tough stuff like the themes in Hunger Games, it can be a little dark at times, and she just has such a great energy about her, and she’s still that way.”

Everyone has echoed Liam’s statements about Jennifer not changing, even after her Oscar win and her massive rise to superstardom in the space of just one year. No doubt, the two will be back on the promotion circuit when they’re doing interviews for ‘The Hunger Games: Catching Fire’, but it’s nice that Liam’s managed to maintain good friends in Hollywood, even though it’s only his second year of really being a big name.

What do you guys think of Liam’s comments? Let us know your thoughts in the comments.