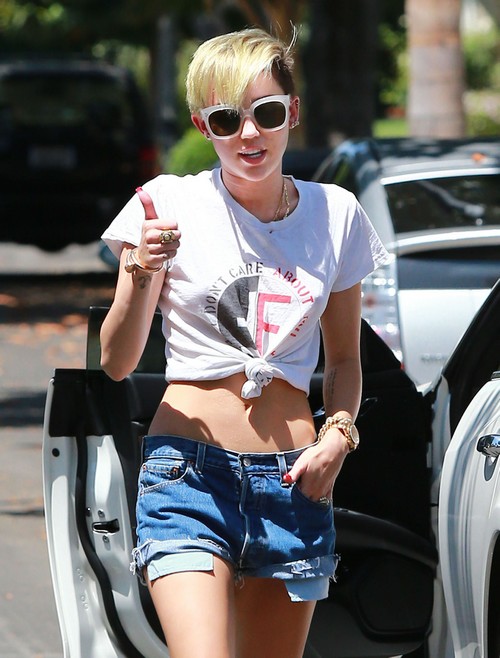 Despite all the rumors surrounding Miley Cyrus and the drastic change to her public image in the past year, Miley has spoken up and said that she’s not trying to be seen as a ‘white ratchet girl’.

In an interview with Notion, Miley says, “People have this misconception of me that I’m just one of these kids on TV and that now I go off and party and I’m just this ratchet white girl, and I’m not. I work really really hard, I’m just in a different environment. I’m young and living and in L.A. which is everyone’s dream, you know.”

She adds, “I’m living it to the fullest. Rather than taking a blessing and making it a curse, it’s just like this is what this name is now. But I think my name means something — it represents something more than just what the media tries to make of it.”

Despite her comments, I have a feeling Miley knows exactly what she’s doing to create that image. Everyone needs something to sell music, and Miley’s shtick is her image and her brand name. She’s not as talented as Adele or Britney Spears, so her audience isn’t going to follow her no matter what – so she made the conscious decision to change things up. I don’t think anyone’s criticizing her for it, so she shouldn’t try to deny it to herself.