Selena Gomez Spent Her Birthday Making Out With a Girl 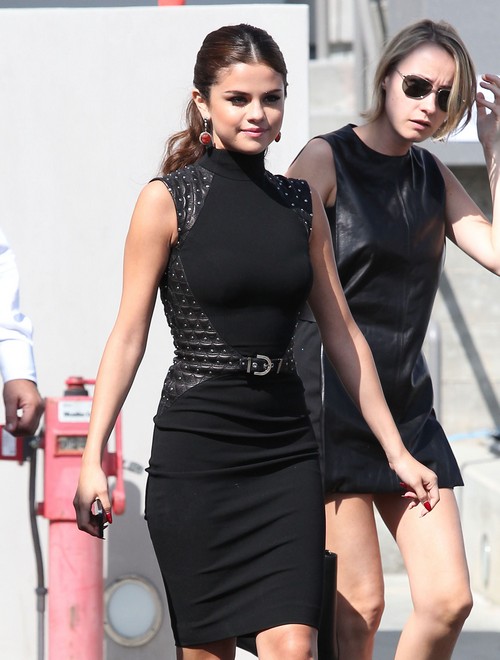 I guess spending a few years putting up with Justin Bieber’s crap could easily make Selena Gomez not want to look at another guy ever again- or at least for a long time- right? The former Disney star spent her 21st birthday partying at Beacher’s Madhouse in L.A. With a pile of people and thankfully Justin was nowhere to be found. That doesn’t mean that Selena was lonely though.

According to the Aug. 12th print edition she spent a nice chunk of her night getting extra cozy with a hot brunette in a tiny sundress. After a few drinks flowed Selena and the chick didn’t care who watched them as they got all touchy feely and made out in front of everyone. Selena didn’t seem to care who saw her and it also didn’t look like the first time that she had kissed a girl either, leading some to wonder if the next person on her arm might actually be a special lady rather than another Bieber-type player.

Here’s my question, if Selena wasn’t sloshed would she still have had this chick on her lap for everyone to see? Does she really like the ladies too or was this just one of those moments that she would later chalk up to too much booze? After the crap she has put up with from Justin maybe hopping the fence and finding a girl that she connects with isn’t such a bad idea. Anything is better than crawling back to him for the millionth time, right?

Should Selena stick to girls before even momentarily considering reconciling with Justin? Tell us your thoughts in the comments below!