Desiree Hartsock And Chris Siegfried Want To Marry In Summer 2014 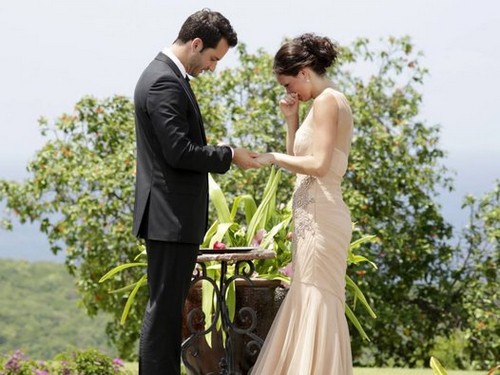 So Desiree Hartsock did end up eventually making a decision regarding who she wanted to marry on the Bachelorette, even after she got her heart broken by Brooks Forester.

Even though everyone thought that Brooks would make a movie worthy return to Part 2 of the season finale, that didn’t happen. Instead, Desiree cried and moped for a little bit, and then sucked up and decided to pick Chris Siegfried.

Now, marriage is a difficult and complicated decision, and shouldn’t be made on the fly. Of course, that’s kind of the whole point of the Bachelorette, but even for fans of the show who buy into the whole scenario, the finale fell flat. I mean, we knew Desiree wasn’t over Brooks yet, so I can’t help but wonder that Brooks was initially meant to come back but didn’t because of financial disagreements. Did he want more money? Did ABC refuse to give it to him?