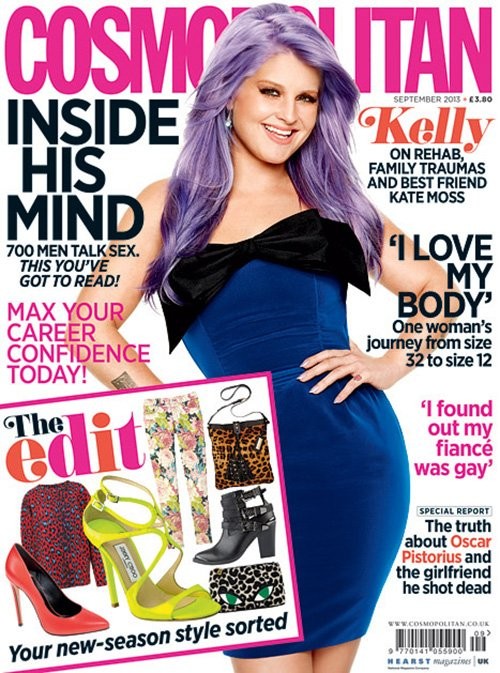 Did Sharon Osbourne lock her daughter, Kelly Osbourne, up in order to detox her? Why yes she did. Kelly had been through several rehab stints and even a couple of mental institutions by time Sharon reportedly had enough and tried to detox Kelly herself.

The plan proved to be just another failure in the fight to get Kelly clean. As she says in her own words “I’ve been to rehab seven times and to two mental institutions. My mom even had me put in a padded cell once to scare me, but like a brat, I just sat it out until she said, ‘Well that’s not going to work.'”

Kelly not only graces the cover of the September 2013 issue of Cosmopolitan UK she sat down for an interview where she spoke about her time in a padded cell. Which if you take the time to think about it; was nice. Padded are surely more comfortable than regular imprisonment.

Luckily Kelly’s life did turn around eventually and now she has a fiancée, Matthew Mosshart and a career on Fashion Star.  Kelly said about matthew, “I’m so lucky to have someone as special as Matthew. I tend not to talk about relationships, because everything else is so out there and the only thing that is mine is my fiance. The only thing I’ll say is that you will never learn what love is on any level until you let someone love you the way you deserve to be loved.”

What her mother did to try to detox her may not have worked that time, but it did show Kelly that her mother would do anything for her. That’s probably why they’re still so close no matter what people say about her parents’ marriage. After all Kelly is a daddy’s girl so if the fighting ever got ugly, odds are she would’ve been on his side.