Tameka Raymond Wants Custody Of Her Son From Usher After Accident 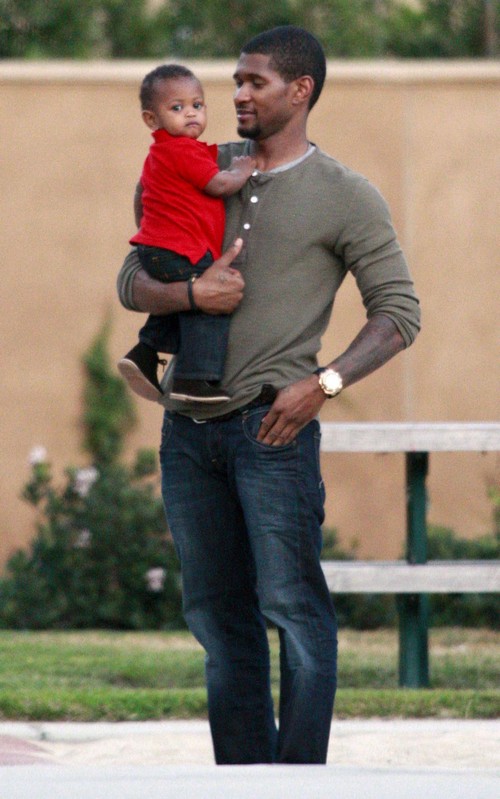 Tameka Raymond has the reputation of being low down and dirty but she didn’t fully prove her critics right until earlier Tuesday morning. One of her sons was in a nearly fatal accident. As many remember the same situation happened to Tameka last year with one of her older sons but unfortunately that time her son wasn’t so lucky. He succumbed to his injuries.  This time Raymond V turned out to be OK.

Instead of running over to the hospital with her other son to comfort the little one she decided to use this horrible accident as a platform for winning back custody. Nevermind that she’s been in the same position as Usher is in now and forget that the judge deemed her unfit for even joint custody. She sees this whole situation as an opportunity and now we all have to watch as she tries to win back her ATMs, in other words her children.

According to TMZ, “Tameka claims Usher Raymond V was left unsupervised in the swimming pool when his arm got stuck in the drain.  Tameka says Usher delegated his supervisory responsibilities to his aunt … who she believes was not on the ball.”

Really she’s going to be upset that Usher left his kids with an aunt and her other son was with a family friend during his accident. She must be joking. Yes, Usher works, but that didn’t mean he doesn’t love his kids or try to protect them. As of now the only thing he needs to protect them from is her.

Is A Justin Bieber Intervention Underway?

Tameka Foster Applies For Primary Custody And Gets Denied