Mila Kunis And Ashton Kutcher Fighting Over Having Kids 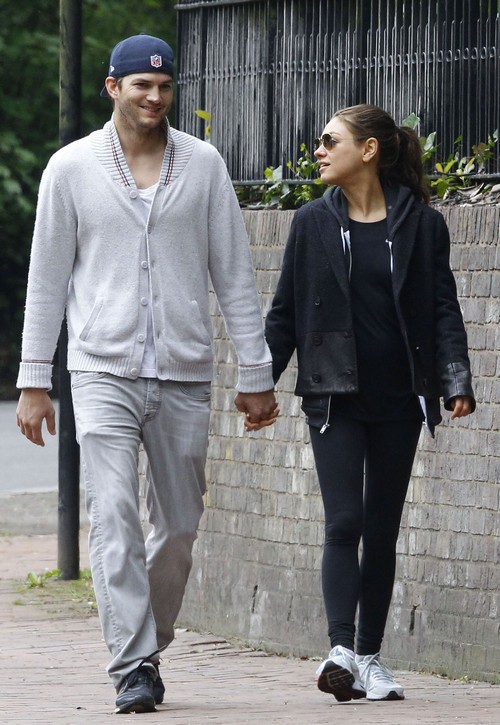 Are Mila Kunis and Ashton Kutcher fighting over children? According to a new report from Star Magazine, both Mila and Ashton are at odds over their future.

Apparently, they are fighting because of, “Mila’s recent revelation that she doesn’t want to have kids anytime soon, while Ashton is desperate to become a dad. Mila still has a lot she wants to do careerwise. She told Ashton that he’d have to wait at least five years.”

Apparently, this has caused Ashton to question their relationship, with a ‘source’ adding, “He’s devastated. It was one of the biggest issues he had with [Demi Moore] and part of the reason he wanted out. They had a huge blowout fight. He was set to propose and even looked at rings, but he isn’t as excited as he was before. It’s not looking good.”

Huh, I thought he ‘wanted out’ with Demi Moore because their relationship just wasn’t going anywhere? Well, I wouldn’t be surprised if this story was true, actually. I always get the feeling that Ashton is way more into Mila than she is into him, which makes sense because she can do SO MUCH better than him. But with that being said, do you really see Ashton Kutcher dumping her because she doesn’t want to have kids? Please, he knows he’s never going to get anyone better.