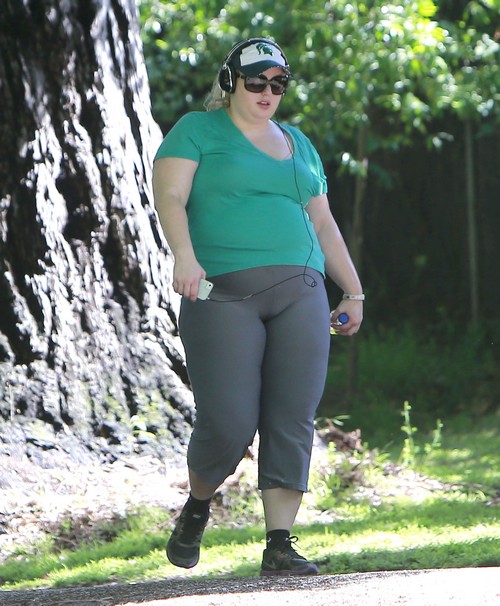 Rebel Wilson is one of the best comedic actresses around right now, and she has a way of being funny without coming off as bitchy, even if she’s insulting someone.

Rebel has been promoting her new TV show ‘Super Fun Night’, which will be premiering in the fall, and she was recently interviewed by Cosmopolitan Magazine. Rebel explained that she often has awkward real life incidents that mirror her character’s awkward experiences on the show, and she gave an example of one.

She explains, “In the pilot, my character gets invited to drinks, but she can’t get into the club — that happened to me recently at Skybar. Anna Kendrick was having her birthday party there, and it was a fancy place. So I get there with Hana Mae Lee from Pitch Perfect, and I’ve got a birthday gift so I’m clearly going to the party, and this big huge bouncer wouldn’t even look us in the face. We were like, ‘Hi’… and then two models came and he let them in.”

She adds, “I didn’t pull the Reese Witherspoon. He had a list, and I said, ‘Excuse me, we’re on the list.’”

Eventually, she does admit that they were let in, but I love how she managed to fit in a barb against Reese Witherspoon. I can’t wait to watch her show, and I hope it’s just half an hour of her continuously making fun of celebrities.