Kendall Jenner And Kylie Jenner Sleeping Over With Boys, Going Out Of Control? 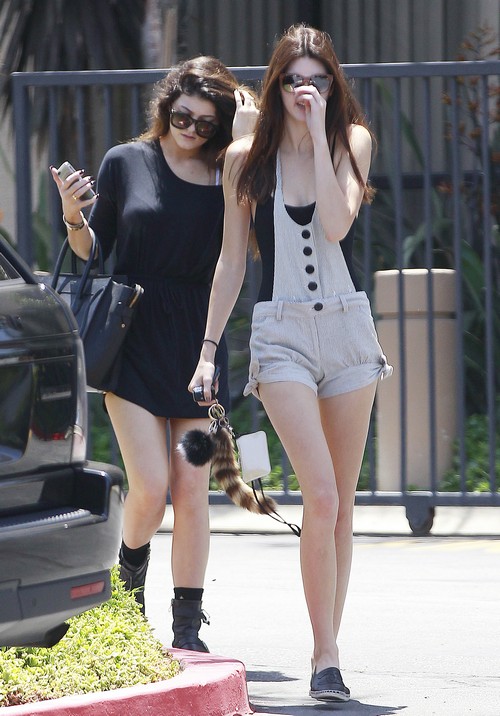 Well, Kendall Jenner and Kylie Jenner are Kardashians, and they’re proving it. According to a new report from Star Magazine, Kendall and Kylie have been having a crazy summer while their mother has been working on her new talk show and the press has been preoccupied with Kim Kardashian’s baby.

A source explains, “Kendall and Kylie are completely out of control — they host ragers all week. Kendall’s boyfriend Julian Brooks, sleeps over a lot, even through Kris expressly forbade it. Kylie has a harem of boyfriends, including Jaden Smith and Justin Bieber’s hell-raising friend, Lil Twist, who blare rap music at all hours and show up with 20 friends!”

The source also adds, “Neighbors find teens passed out on the sand and the beach is littered with beer cans and empty wine cooler bottles, remnants of marijuana joints and spent fireworks.” Kylie and Kendall certainly know to party.

Anyway, the report alleges that Bruce Jenner – who is supposed to be ‘supervising’ them, has been ‘all but checked out’ and doesn’t care. Why doesn’t that surprise me? And I’m sure Kris could care less, especially since this kind of partying only brings more media attention. In the wake of Kim refusing to show her baby on air and staying out of the spotlight, Kris is probably ecstatic about this story.