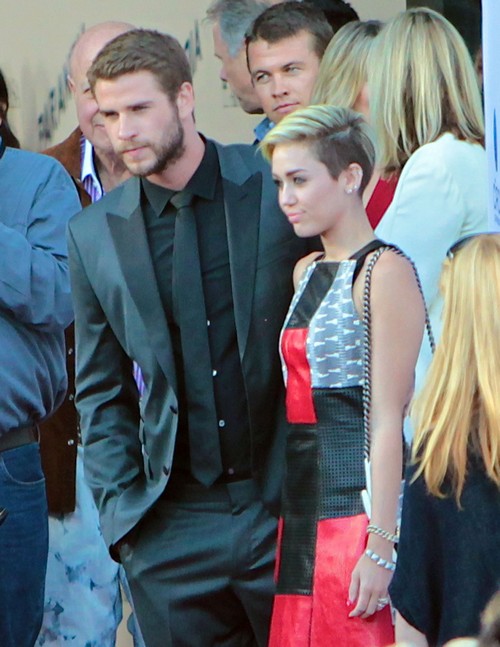 It looks like we finally have the answer to the ‘Are They Together or Aren’t They?’ question that’s been plaguing the media since the first rumors of trouble came from the Miley Cyrus and Liam Hemsworth camp.

Miley and Liam were engaged up until the beginning of this year, when rumors of Liam cheating on Miley went viral. Although the rumors were initially denied, Miley was caught without her wedding ring several times, and it was later confirmed that Miley and Liam called off their wedding – which was then followed by conflicting reports about the status of their relationship. While some people claimed that Miley and Liam were working through their troubles, other stated that the relationship was over.

Then, Miley denied rumors of a split when she kept turning up with her engagement ring and repeating that she was engaged in every major interview she gave. And now, we finally have our proof that she was right, and it wasn’t just a wish fulfillment thing. Miley and Liam are still together, and she turned up at the red carpet premiere of Liam’s latest film, Paranoia, to support him. Not only that, but the two happily posed together for the cameras. I guess they are still together. Either that, or they want us to think they are.