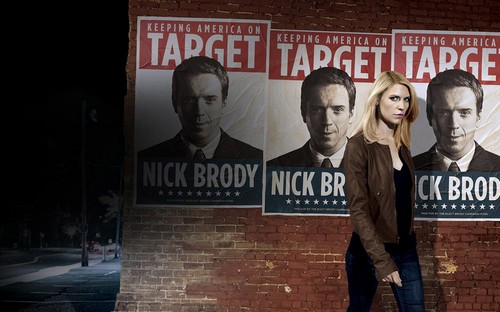 So just one week after we got an interesting teaser trailer for the third season of Homeland – without any video footage – we are now receiving a full length trailer. This one has plenty of video footage, although we don’t really hear much dialogue.

That’s not to say that it’s not awesome, because it is. Homeland’s one of the few shows [apart from the not so great second half of Season 2] that has maintained or continued to build the suspense, and the Season 2 finale definitely sent shockwaves through fans.

With such a high body count from the finale, and the CIA now in the hands of Saul [Mandy Patinskin], things were sure to change in Season 3. And sure enough, we can see that they have. Former sergeant turned fugitive Nicholas Brody [Damian Lewis] has gone bald, probably in an attempt to stay off the radar and stay hidden. We see a brief scene of reunion between Carrie and Brody, and she looks like she’s still in love [Dammit Carrie!]. Brody’s family also seems to be dealing with the repercussions of the entire country thinking he’s a terrorist, and the video ends with Brody’s daughter praying on an Islamic prayer rug. Very intriguing.

I have high hopes for Season 3, and I can only hope the backlash that the writers faced during the second half of Season 2 made them realize that the strength of this show came from the characters, not over-the-top action sequences or ridiculous kidnapping plots that stretched your suspension of disbelief.