Miley Cyrus And Liam Hemsworth Avoided Each Other At Paranoia Premiere – Faking Relationship? 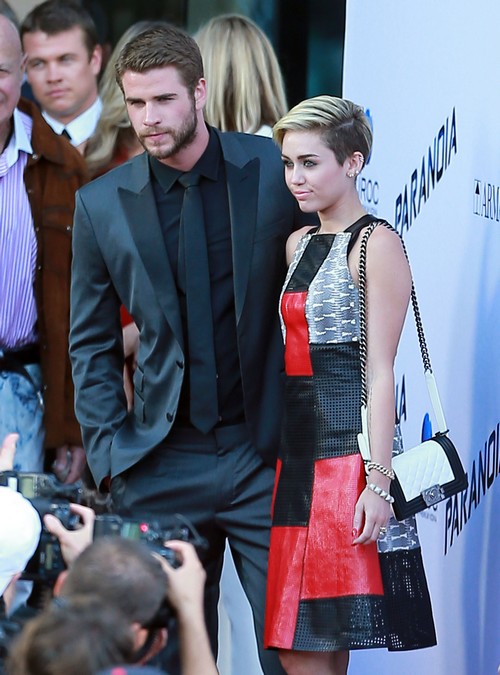 Hmm. I had a feeling that the Miley Cyrus and Liam Hemsworth show of togetherness at the Paranoia premiere was a smokescreen, and it’s certainly looking like that.

Liam also refused to discuss Miley on the red carpet, simply stating, “I don’t share anything personal. I try to keep as much of my personal life to myself. I don’t feel the need to go out and show the world what’s happening in my life every second. I think Twitter’s a good chance to connect with fans and give fans an inside look on films you do. I think it’s great for that kind of thing, but it’s very new to me.”

That’s all well and good, but if your girlfriend/fiancé/whatever is going to come support you at your premiere, then people are going to think you’re back together. If you’re really going to be all ‘private’, then you don’t pose with your girlfriend/fiancé/whatever on the red carpet, and then not expect to answer questions about it.  Right now, their staying together is starting to look more like a PR stunt or a favor than anything genuine.