Delusional Monica Lewinsky Believed She Could Have Slept With John F. Kennedy Jr. 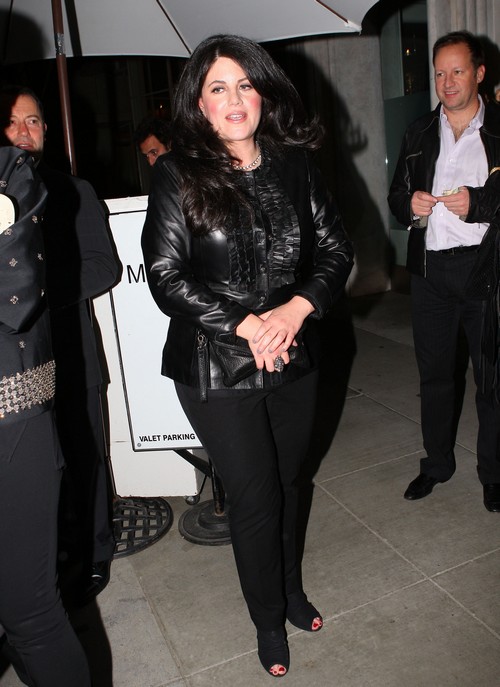 I guess if you find yourself knee deep in a presidential scandal it would lead to a false sense of importance, right? 90’s cigar girl, Monica Lewinsky had a real thing for politically powerful men and she didn’t stop after nearly toppling President Bill Clinton‘s presidency- not to mention his marriage!  According to the Aug. 19th print edition of National Enquirer after being shuffled off to a crappy position at the Pentagon, Monica began strategizing her next move. She met with one of Clinton’s advisers and asked if he could pull strings to get her a job working for John F. Kennedy Jr‘s then-young magazine, George.

Monica’s journalistic interests were secondary to her personal goal of getting close to JFK Jr. She really believed that if given the opportunity, she could easily worm her way smack into the middle of JFK Jr. and his new wife, Caroline Bessette Kennedy. Apparently for Monica, married men were the ultimate prize and getting JFK Jr into her bed was her A number 1 goal for a few years.

As far as we know her plan never worked. JFK Jr. was smart enough to steer clear of the intern that nearly ruined Clinton’s presidency and truly tarnished his name. If Monica did get close to him it’s obvious that whatever charm she brought to the table had virtually no effect on him.  Are you surprised to hear that Monica set her sights on another political figure?  At least she eventually got smart, shut her mouth and moved to London to escape the media glare.

Can you imagine JFK Jr. giving Monica the time of day? Tell us your thoughts in the comments below!