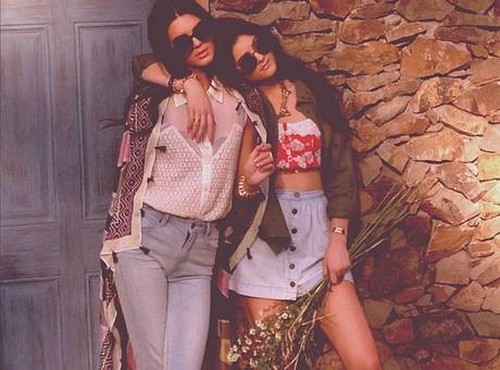 Malibu is the place to be for Kendall Jenner and Kylie Jenner and a pile of their closest friends this summer. Kris Jenner’s youngest kids have been left completely unsupervised as she films her already failing talk show and the neighbors have done their share of complaining. According to the Aug. 19th issue of STAR Magazine Kendall’s boyfriend, Julian Brooks sleeps over all the time and so does Kylie’s ever-growing harem of underage guys.

Neighbors complain about partying at all times of day and night, teens passed out in the sand and no adults are ever on site to break up the party. The beach front property is covered in beer cans, half smoked blunts and other garbage and music is always pumping.

Kris supposedly asked Kourtney Kardashian to keep the girls in line but let’s be real here, Kourt is at home wrangling her babies and making homemade baby food. It’s Kris and Bruce Jenner’s ultimate responsibility to get their kids in line and to keep their property clean. As for Bruce, he is usually golfing and has worked hard to put distance between himself and anything created by Kris- including their children.

I’m kind of surprised that neither Kendall nor Kylie has been busted yet, aren’t you? Do you think maybe they’ve been warned but never arrested because of who they are? Do you think that Kris can rein them back in or are these two out of control teens only going to get harder to deal with? The fact that they like to hang out and party with Lil Twist says an awful lot. He is well known for his blunt-rolling abilities and always seems to be dodging the police.  Tell us your thoughts in the comments below!