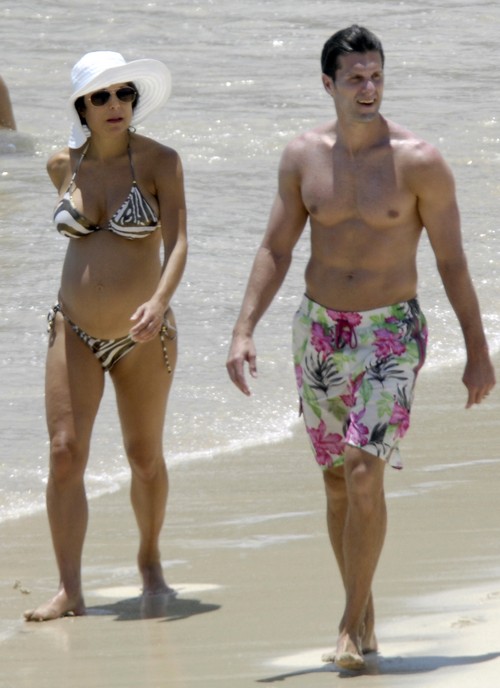 Remember last winter when Bethenny Frankel and Jason Hoppy first announced their split and they insisted that they would keep things amicable for the sake of their daughter Bryn? Well we all now know that notion went out the window almost immediately and the former couple drew battle lines for what has turned into one of the ugliest divorces in reality television history.  The two continue to fight for sole custody of Bryn and neither one will move out of the 3,400 square foot NYC penthouse that they share. It’s a serious turf war with so much negativity hanging in the air that they both likely need a psych evaluation for choosing to live like that.

According to the Aug. 19th print edition of Life & Style Frankel agrees that the environment is pretty toxic. Her talk show is set to debut in a few weeks so she is currently shooting two shows a day, three days a week in L.A. Before flying back to NYC to give Jason icy stares while high tailing it to her bedroom which happens to have one heck of a lock on it.

Frankel claims the only that is helping her to stay sane is the time that she spends with Bryn.  Ironically, if these two really managed to agree on something, anything their lives would all be an awful lot calmer. Instead Frankel is choosing to live in a super stressful environment and then goes into court looking for sympathy!

Is it time for Bethenny and Jason to grow up and stop fighting like children themselves? Tell us your thoughts in the comments below!